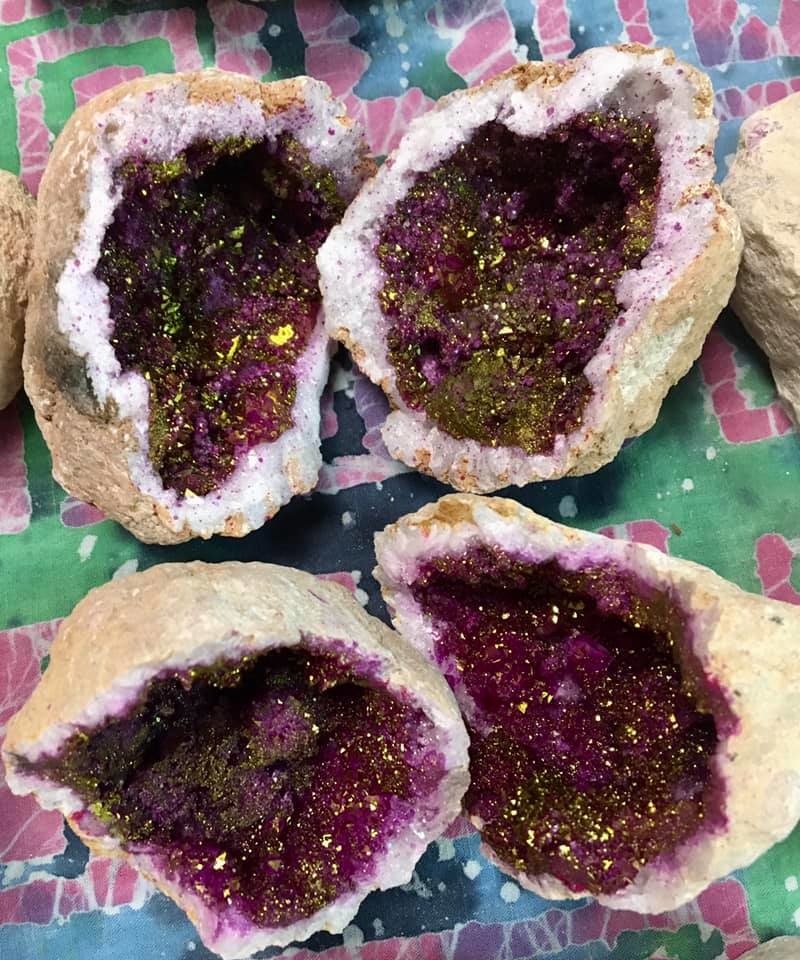 This natural Moroccan quartz geode is coated with a magenta aura.

A Moroccan geode is a rock cavity internal crystal formations. The exterior is generally limestone while the interior contains quartz crystals. In folklore, geodes were considered objects of immense healing power. They are said to boost clarity of mind and encourage creativity in both adults and children. Geodes can also be held during meditation to assist with clearing the mind, enhancing visualizations and to revitalize the mind and body.

Metal-coated crystals are natural crystals whose surface has been coated with metal to give them an iridescent metallic sheen. Crystals treated this way are used as gemstones and for other decorative purposes. Possible coatings include gold, indium, titanium, niobium and copper. Other names for crystals treated so include; angel aura, flame aura, opal aura or rainbow quartz.

The size of the half geode varies, but average about 2 inches x 2 inches. Some are larger and some are smaller. The listing is for one (1) half geode. The stone that will be intuitively chosen for you is likely to vary in size and shape from the photo, as natural products vary in size, color, and shape.