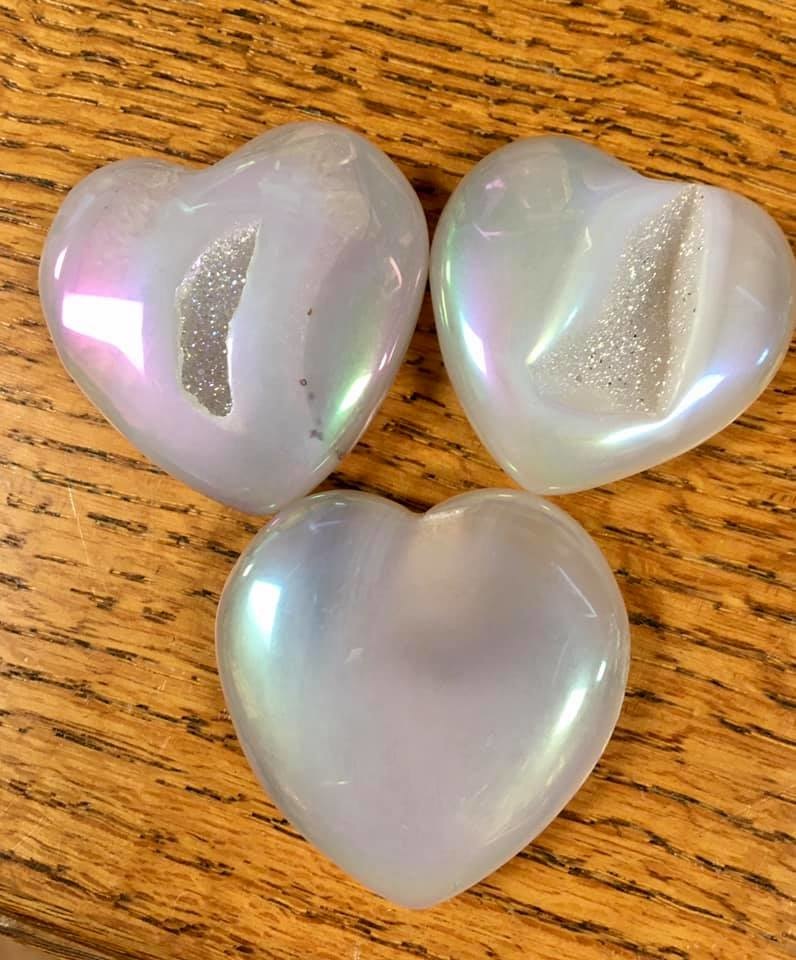 Druzy Quartz refers to a layer of minute quartz crystals that have crystallized on the surface of a quartz based mineral. Druzy Quartz has a sugar-like appearance. They are often found in the hollow cavity of agate geodes. Druzy is associated with peace, tranquility, patience, intuition, and unconditional love. They amplify the body's natural healing properties and strengthen the spirit. They also provide the balance necessary to avoid depression or unnatural feelings of fear or dread.

Metal-coated crystals are natural crystals whose surface has been coated with metal to give them an iridescent metallic sheen. Crystals treated this way are used as gemstones and for other decorative purposes. Possible coatings include gold, indium, titanium, niobium and copper. Other names for crystals treated so include; angel aura, flame aura, opal aura or rainbow quartz. Rainbow Aura Quartz, also called Angel Aura Quartz or Opal Aura Quartz, cleanses the aura and can facilitate deeper and higher levels of meditation. Carrying or wearing Rainbow Aura will help when encountering negative or stressful situations, removing that energy and replacing it with loving, positive vibrations.

The size of the heart is about 2 inches. The stone that will be intuitively chosen for you is likely to vary slightly in color from the photo, as natural products vary in size, color, and shape.